On 11/21/21, the individual in the photo committed several vehicle burglaries in the Preston Loop area. Anyone with information inference to identity of the suspect or any  other information, please contact Crime Stoppers of North Delta at 318-388-CASH(2274) or www.crimestoppersnorthdelta.com. 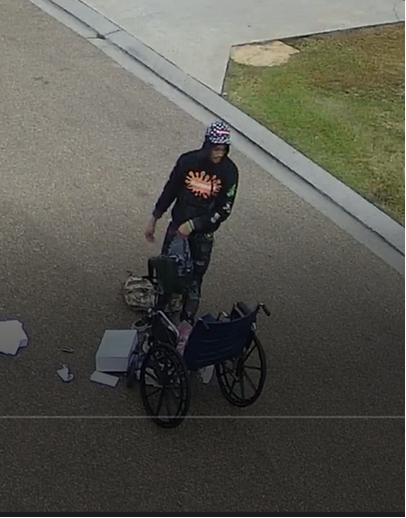 Mangham Police Department is needing the publics help.  On 9/25/2021 around 11:45 P.M, Mangham Police Department responded to a shots fired call on Tibbs Street in Mangham.  Officers arrived on scene to find out that a subject shot towards a crowd of approximately 50 people that were in front of the residence.  Officers found that no one was hit by the shots but they did find a car that was struck with bullets.
If you have any information about this crime that occurred Please contact Chief Perry Fleming at the Mangham Police Department at 318-248-3100 or 318-334-2466.  Also you can contact Crime Stoppers of North Delta at 318-388-CASH (2274).

Ouachita Parish Sheriff’s Investigators are continuing their investigation into the homicide that occurred September 4, 2021 in the 1600 block of Winnsboro Road in Monroe. The victim has been identified as Rodrecas McNeal, age 34 of West Monroe. Three others were wounded in the shooting. Anyone with any information regarding the homicide is asked to contact the Ouachita Parish Sheriff’s Office at 318-329-1200 or Crime Stoppers of North Delta at 318-388-2274.

Ouachita Parish Sheriff’s Office is seeking information related to a Murder Investigation. The victim, Amanda Aldridge, was killed at her residence in Calhoun on April 19, 2020.

Anyone with information is asked to contact Lieutenant Miranda Rogers with Ouachita Parish Sheriff's Office Investigations at 318-324-2669 or Crime Stoppers of North Delta at 318-388-CASH (2274).

Anyone with information on these thefts, please contact the Caldwell Parish Sheriff’s Department at 318-649-2345 or Crimestoppers of North Delta at 318-388-CASH(2274) or WWW.CRIMESTOPPERSNORTHDELTA.COM. You never leave your name and all calls are confidential.

Monroe Police are investigating an early morning shooting that sent a woman to the hospital. It happened just before 6:00 a.m. on June 10, 2021 near the intersection of South 28th and Louberta Streets.

When police arrived on-scene, a female victim was found suffering from multiple gunshot wounds. She was taken to an area hospital and was last listed in serious condition.

If you have any information on this case, please contact the Monroe Police at 318-329-2600 or Crime Stoppers of North Delta by Facebook-CONTACT US/Submit a Tip tab, (318) 388-CASH (2274), www.crimestoppersnorthdelta.com or download the P3 Tips app on your smart phone.

If your tip leads to an arrest and /or indictment, you will be eligible to receive a cash reward of up to $3,000.00 in this case.  Your information remains confidential; you never leave your name and you never appear in court.

On February 24, 2021 Detectives with the Monroe Police arrested Patrell Walker. Walker was wanted for a shooting that occurred January 4th, 2021 on Jason Dr. that left one person dead, and another injured. Information was received though an anonymous Crime Stoppers tip that led Detectives to an address on Cagle Dr. While there, Walker was taken into custody without incident and later booked for 2nd Degree Murder, Attempted 2nd Degree Murder, and Aggravated Assault.

Shortly before 7:30PM on February 22, 2021, Monroe Police responded to a double shooting at 410 Standifer Ave. One person was transported to a local hospital and treated for his wounds. The other victim, identified as Marvin Lewis (38yrs old of Monroe) died at the scene as a result of his wounds. Detectives with Monroe Police are actively working the case and following up on leads.
If anyone has any information on this case, please contact the Monroe Police or Crime Stoppers of North Delta by Facebook-CONTACT US/Submit a Tip tab, (318) 388-CASH (2274),

Ouachita Parish Sheriff’s Investigators are currently investigating the theft of catalytic converters from several vehicles in various locations in our parish.  Several similar thefts of this type have been reported in surrounding parishes as well. The primary targets have been work vans left at churches and daycares.  Construction sites have also been targeted where vehicles have been left unattended overnight.

Converters are very expensive for the car owner to replace.  There are some steps you can take to help prevent the theft from your vehicle:

Last week the Morehouse Parish SO responded to several daytime vehicle/residential  burglaries in the areas of Hwy 2 and Bonne Idee and Handy Hill rd near Loyd Barham Rd.  Guns and electronics were taken from these vehicles.  A residential burglary on Bonner Ferry Rd where a large amount of coins and electronics were taken. Two additional residential burglaries on the north end of Bonner Ferry and Hamburg Hwy where guns and electronics were also taken.
These were all daytime burglaries.
Morehouse SO is asking for your help with any with providing any information or if you have seen any suspicious activity in these areas please submit a tip to Crime Stoppers of North Delta. If you information leads to a felony arrest you may be eligible to receive a cash reward. 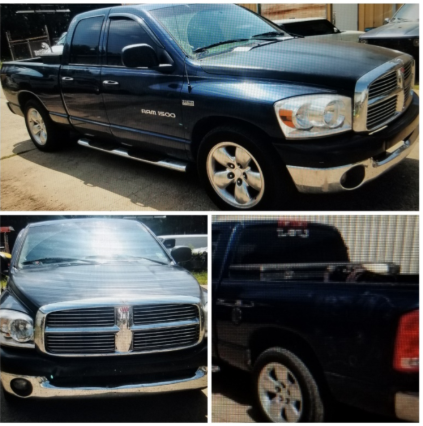 Monroe Police Detectives are investigating a shooting that occurred in the late evening hours of 04/30/2020 in the area of the Raceway Convenience Store,  near the intersection of Desiard St. and S. College Ave.  If you have any information about this crime, please contact Det. Quillar at the Monroe Police Dept 318-329-2600 or Crime Stoppers of North Delta 318-388-2274 (CASH). 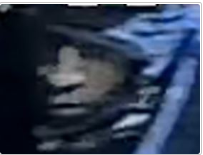 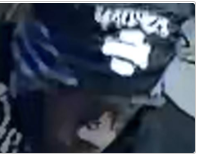 The Richland Parish Sheriff’s Office is investigating a theft of a motor vehicle. During the early morning hours of Friday, November 8, 2019 unknown suspect(s) stole a flatbed delivery truck from Home Hardware in Rayville, LA. At the time of the theft the truck was loaded with lumber, fence post, and roofing supplies. The Monroe Police Department recovered the truck later the same date on Powell Ave. The truck had been abandoned and many of the trucks contents had been removed.  If anyone has any information that could help investigators please submit a tip to Crime Stoppers of North Delta. 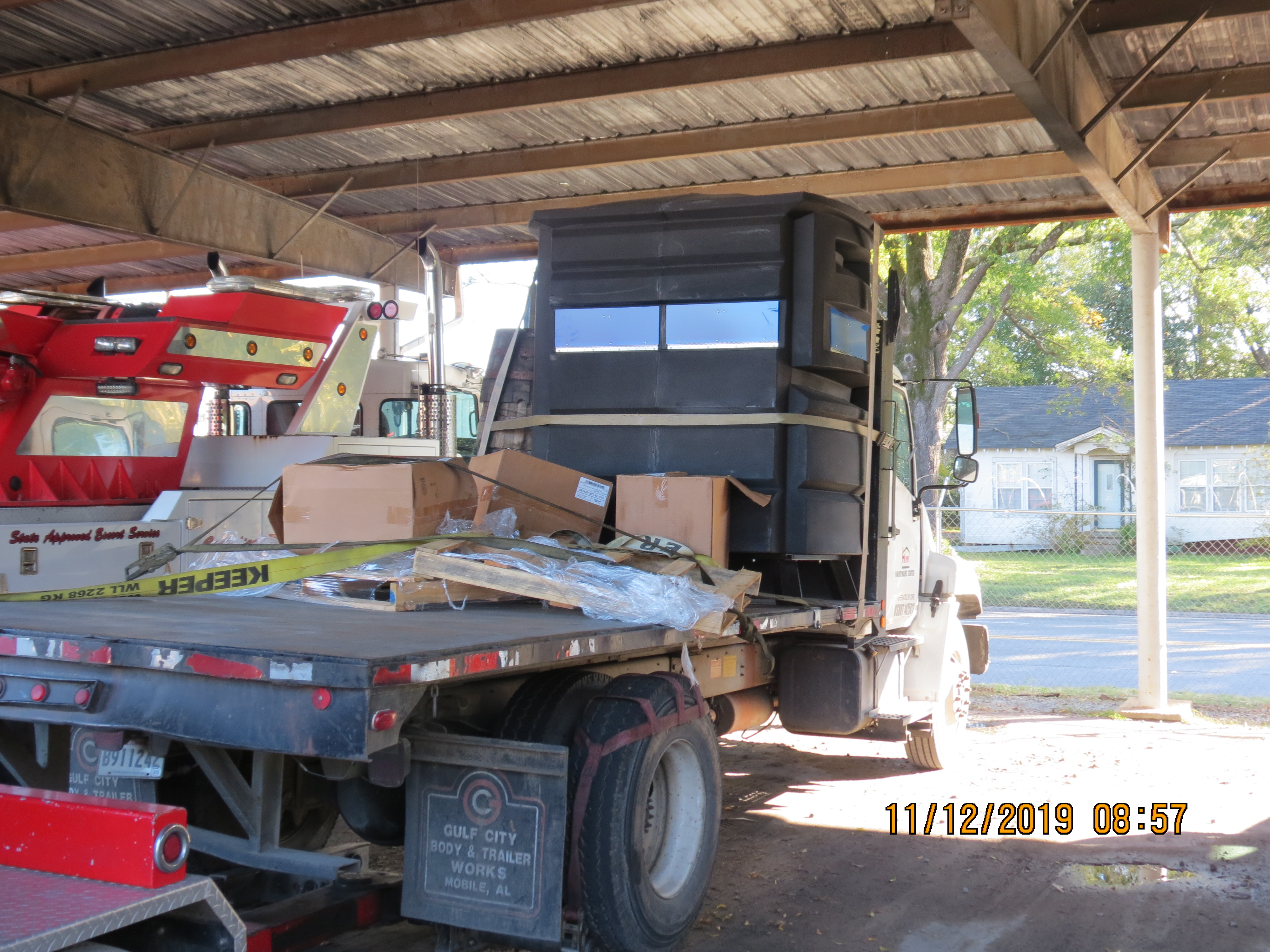 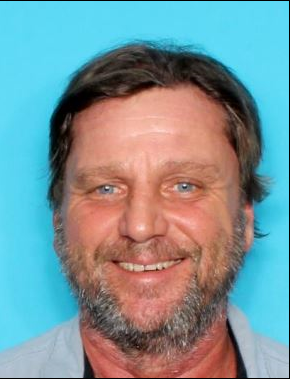